This is the only academy for shooting in the Dakshina Kannada district and through the state of Karnataka this is one of the district to have a game of shooting sports after Bangalore. It is to develop sports of shooting with young talents at the right time to create the new stars. To make them achieve for the Olympics.

Objectives
As you can have a look at our coastal belt, though you can see the development in Economy or education  sector there are no good institutions in the sports. The game of shooting has to be trained only in Bangalore. So as to the social objective of promoting the game in the city the academy has built

Functioning
The academy is provided with the 8 lanes of 10mtr air rifle training with the coach. The rifles, which  are used are Indian made which will be further augmented with german made rifles and pistols. The coaching is given only for 10mtr air pistol and 10mtr rifle.

Plans for future
The academy is planning for the best coaching academy in India with the all the amenities and arms with the total set of coaches in the all the shooting sports variants. Providing the infrastructural facility for a large number of students with the production of many numbers of Olympic shooters from Mangalore which is a part of our state Karnataka. There should be involvement of personnel in the sports should be in higher rate from Karnataka and there should be a higher number of Olympic participants from our state. We also have plans to develop the 50 meter range in both rifle and 25 meter pistol shooting range, and as well as skeet shooting range. 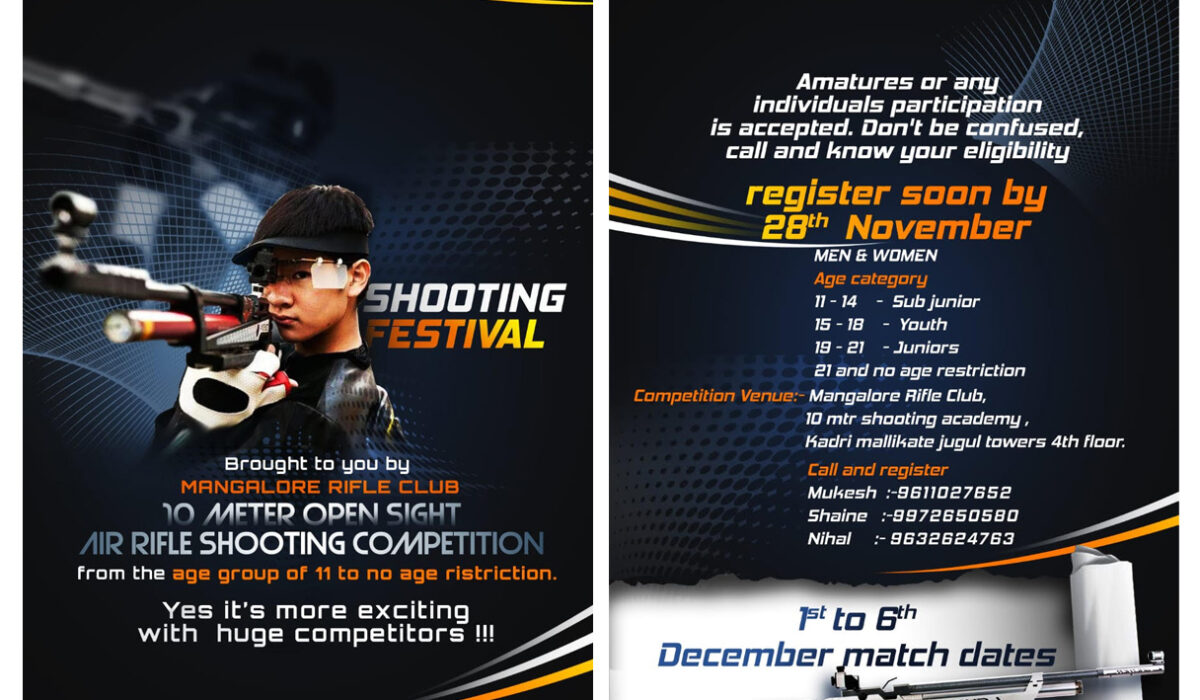